One of the world's longest and most complex caves and 28,295 acres of mixed-grass prairie, 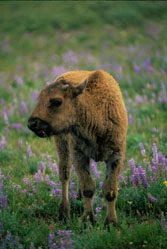 ponderosa pine forest, and associated wildlife are the main features of the park. The cave is well known for its outstanding display of boxwork, an unusual cave formation composed of thin calcite fins resembling honeycombs. The park's mixed grass prairie is one of the few remaining and is home to native wildlife such as bison, elk, pronghorn, mule deer, coyotes, and prairie dogs.

How to Get to Wind Cave National Monument

Weather & Climate
Spring and fall weather are the most variable with cool, damp days alternating with dry, warm ones. Summers are generally sunny, hot, and dry. Winters are generally mild with little snow, but occasional sub-zero temperatures can be expected. Dress appropriately for the season. Persons touring the cave should wear low-heeled walking shoes with nonskid soles and a lightweight jacket or sweater. The cave is 53° Fahrenheit (12° Celsius).

Accessibility
The Visitor Center is accessible to wheelchairs.

Camping at Wind Cave National Monument
Elk Mountain Campground
Open From Late Spring through Early Fall
Elk Mountain Campground, with 75 campsites, is located one mile from the visitor center. The campground has flush toilets and running water during the summer months. There are no showers, dump stations, or electrical hookups. Campsites are available on a first-come, first-served basis.

Activities and More Information
Regularly scheduled cave tours, year-round. Five types of cave tours are scheduled approximately every twenty minutes, from 8:40 a.m. to 6:30 p.m., daily, June 4 to August 19, 2000. Tour schedules are reduced the remainder of the year. Guided prairie hikes, evening campfire programs, and visitor center lawn programs, in season. A Junior Ranger program is available for ages 12 and under.


Copyright 2009: USParkinfo.com. All information on this website is deemed accurate. We are not responsible for any changes to the information. For more information, please contact us